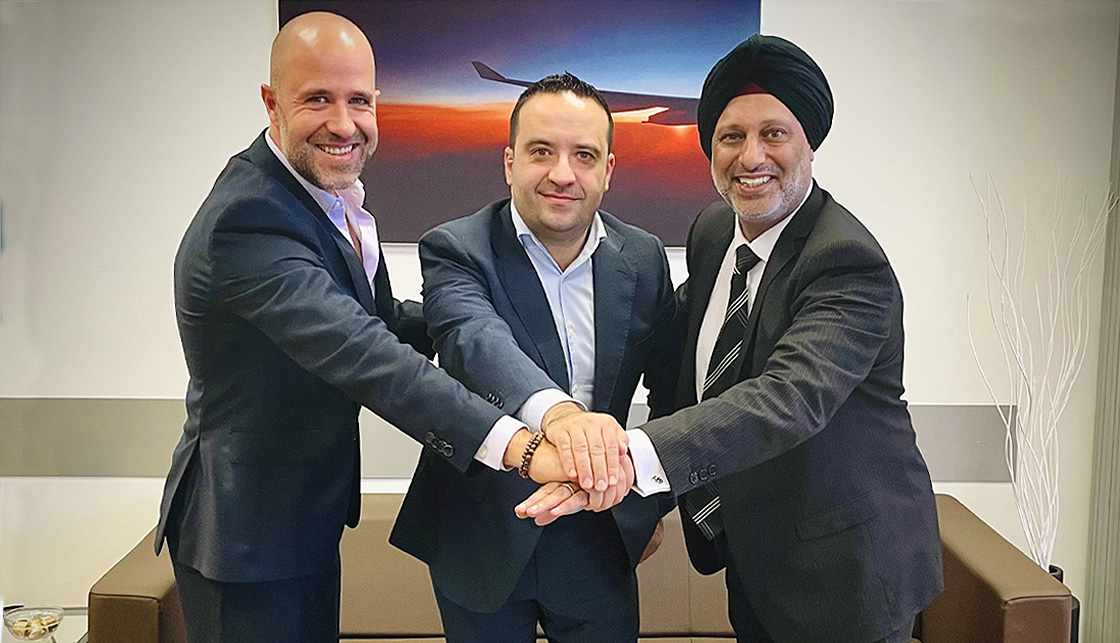 Avioparts and Michelin renew Aircraft Tires distribution alliance until 2029 and announce expansion to the Americas and UK markets.

Avioparts and Michelin renew Aircraft Tires distribution alliance until 2029 and announce expansion to the Americas and UK markets.


Michelin Aircraft Tyre visited the Avioparts Headquarters in Madrid (Spain) to sign the New Distributorship Agreement strengthening the partnership between the two companies well into the future.


The 15 years business relationship has been renewed for additional 5+2 years and expands the geographical scope of the collaboration to include distributing and supplying the aircraft tires in the Americas and the UK markets.


David Fojon, Avioparts President (Left) said... "we are very excited with the challenge which lays before us. However, we have not reached this point by accident, it has taken some years of careful strategic planning and significant investments to be where we are today, ready to take the next steps required of us, to become The Leading Global Aircraft Tyres Distributor".


Luigi Martines, Michelin Key Account Maganer Europe and Distribution Network (Center) said... "I'm extremely happy to see the cooperation between Michelin and Avioparts grow over time and become ever more fruitful and efficient. Thanks to the renewal of our bilateral contract and its geographic expansion, we will no doubt deliver ever more added value, quality and support to end customers in the years to come".


The agreement consolidates Avioparts’s role as Michelin Aircraft Tyre authorized distributor for all aircraft types with bulk supply capacity in Madrid, Spain ; Dubai, UAE ; Midlands, UK and Miami, US to carry out this activity.

Avioparts, is a world leading supplier of lubricants, chemicals, aircraft parts and logistic solutions for aircraft maintenance including all types of commercial operators and maintenance providers as well as several military operators worldwide. It´s core business is the same day dispatch from stock of aircraft components, lubricants and chemicals with full certification to trade customers including airlines, operators, maintenance companies, armed forces and aircraft manufacturers around the world.

Michelin Aircraft Tyre prides itself on a continuous drive to deliver High Quality Aircraft tyres at the lowest possible "Overall Cost of Ownership" for its customers, through increased landings performance, lower scrap rates and higher retreadability.