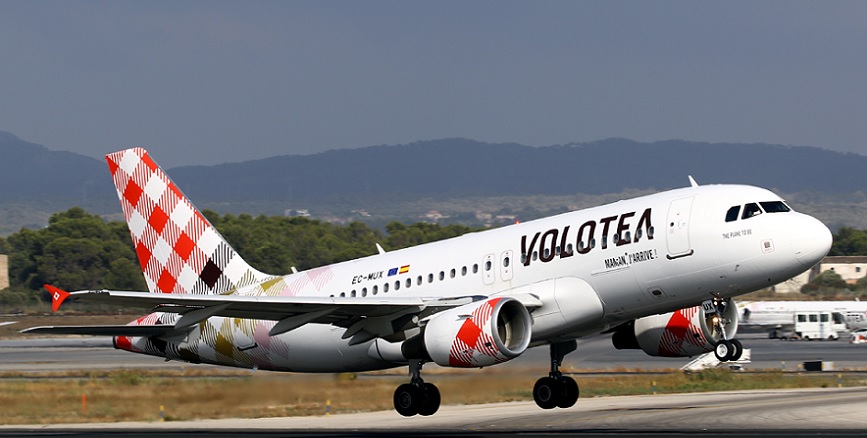 Volotea Airlines (VOE) has signed a new multi-year contract with Avioparts in partnership with ExxonMobil Aviation Lubricants. The agreement builds on the historical and successful business relationship between Volotea and Avioparts, with Avioparts continuing to deliver high quality ExxonMobil Aviation lubricants and covering Volotea´s entire fleet of 21 A319 and 13 Boeing 717 .

The agreement includes forecasting, planning, advanced provisioning and supply chain administration to all the 16 Volotea stations across Europe.

We are an airline with headquarters in Barcelona. We started out in 2012 with the aim of turning normal into reality: connecting small and medium sized European cities with non-stop direct flights at very competitive prices. Flying with us offers people who live in these cities the same options as those in major capitals; they can reach new destinations, previously unavailable from their airports, adding to the range of routes and expanding the market. The founders of Volotea are Carlos Muñoz and Lázaro Ros (CEO and Managing Director respectively). They were the driving forces behind the very first Volotea flight, which took off on 5 April, 2012. Since then, we have carried over 25 million passengers thanks to a team of top professionals and a philosophy based on offering a positive travel experience at competitive prices. We are the fastest growing independent European airline created this decade and we now operate with a total of 346 short-haul routes, connecting over 90 cities in 14 countries. We currently operate from sixteen bases in France, Italy, Spain, Greece and Germany: Venice, Nantes, Bordeaux, Palermo, Strasbourg, Asturias, Verona, Toulouse, Genoa, Bilbao, Marseille, Athens, Cagliari and Hamburg. Two new bases will be opening in Lyon and Naples in 2020.

Avioparts is a world leading supplier of lubricants, chemicals, aircraft parts and logistic solutions for aircraft maintenance including all types of commercial operators and maintenance providers as well as several military operators worldwide. It´s core business is the same day despatch from stock of aircraft components, lubricants and chemicals with full certification to trade customers including airlines, operators, maintenance companies, armed forces and aircraft manufacturers around the world.